We’re all about inspiring young people through music. We know lots of our students have aspirations of starting their own bands, so we thought it would be great to get some tips from a band on the brink of making it big. Charlie, Alfie, Fran & William are Sandcastle Jesus, they started their band at school and now they’re producing and playing original music and making a real name for themselves in their hometown… next step national domination! They took some time out of songwriting to answer some questions put to them by our students.

How did you start your band?

We started playing music when we were about 10 years old, but the band really came together when we were at Senior School when Fran and Alfie joined us, we used to practice every Friday after school in the music studio for about three hours, or until we were kicked out so they could lock up! We had one track, Freebird, a 9-minute rock opera, that we perfected and played at all our gigs while we were testing out new tracks on the crowds. We were still learning our instruments as we built the band and now we write our own music and gig regularly on the local music scene.

What were the first things you did when you started your band?

We started off practicing cover tracks, but we quickly focused on creating some original music. When it got a bit more serious we released an EP and since then we’ve concentrated on original music as our gigs have got bigger and our following has grown. If we’ve got new originals we want to perform then we’ll lock ourselves away and practice so we’ve got it tight for the show. When we’re writing new tracks it can be trial and error until we’re happy with the result so we need to be together and rehearsing to nail that.

How often do you rehearse?

We try to rehearse once a week, in the beginning we’d practice every day. Since lockdown we’ve not been able to rehearse as much but we’ve been keeping in touch and writing new music. Rehearsing when we were at school was easier because we could use the music studio for free whenever we needed it, now it’s a bit harder to find rehearsal space.

What’s the best thing about being in a band?

Gigs! It’s got to be playing live, there’s nothing we like better than playing live. But it wouldn’t be so much fun without these guys. Since we’ve been in lockdown we’ve been playing by ourselves at home and it’s really made us appreciate how great it is to play together in a band and to live audiences.

What has been your best gig so far?

We love playing Colchester Art Centre, you’re close to the crowd and we feed off their energy so the Art Centre is perfect for us. It’s hard to pick out a favourite gig, but our last gig at the Arts Centre, the Rock Prom, was fantastic.

What’s the best piece of advice you’ve got for new bands?

A gig’s a gig! Even if you’re playing to five people in a room that’s still five more people that get to hear your music. It’s all experience at the end of the day. If you look back on our early gigs you can see that we didn’t move around on the stage much, now you see us running around the stage, throwing our guitars around and crowd surfing. Confidence comes from doing something over and over again that’s why we think it’s so important to take every gig you get. The more confident you look the better your band will sound.

Who are your biggest influences?

We take a lot of influences in the creative writing process from bands like Arctic Monkeys & Smashing Pumpkins. Everyone in the band has their own influences, we bring those together into our music. In general, our music is Alt Rock but it’s hard to distinguish the sound completely, you can also hear a lot of jazz influences in our music. Our drummer is influenced by legendary jazz drummer Buddy Rich and you can hear his influence in the fast-paced drum fills and Fran loves the bass lines of The Cure and the Smiths. It’s a real combination of influences across ages and genres which we blend together with our own sound and creativity.

What are your ambitions?

Our ultimate goal is to make it big and to continue to make great music! At the moment we’re focusing on breaking out of our hometown scene, we’ve done some great gigs here and we’re making a good name for ourselves but now we want to start building our name nationally and performing at gigs to new crowds.

And you can see the video highlights of our social feeds 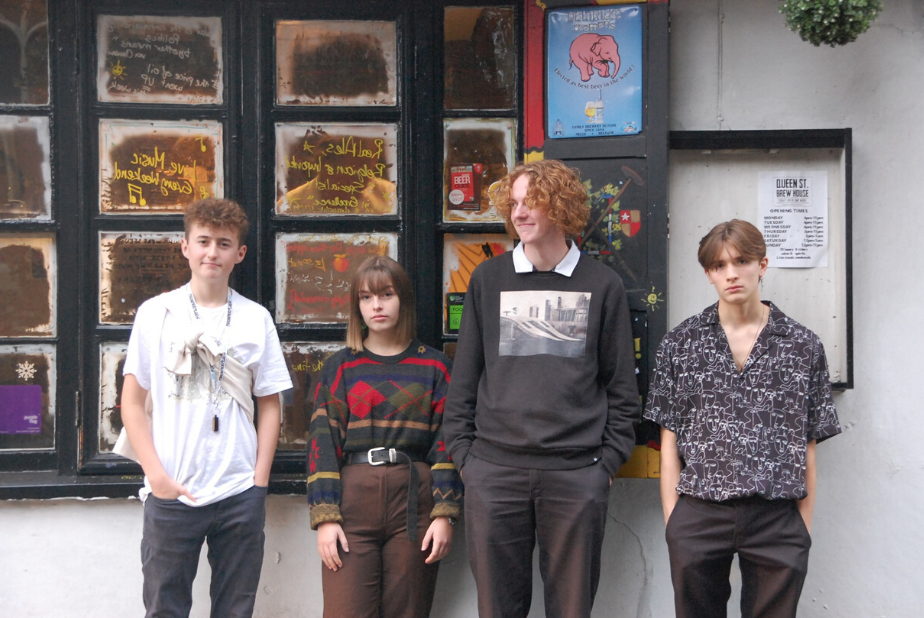