During lockdown The Mercury Theatre in Colchester, launched a song-writing competition in association with Perfect Pitch and comedian and stage composer, Tim Minchin. The competition was looking for local, talented songwriters and we’ve caught up with one of the winners, Jade North, aged 17, to find out what inspires he

Jade has been playing guitar and writing songs since she was just 7 years old. She’s no stranger to winning, in 2017 she won the ‘Essex Songwriter of the Year’ competition, and she’s already released her own album, ‘Bit by Bit’. This girl is on the rise so we’ve put some questions from our students to her.

How did you get into music?

It was so long ago I can’t really remember; I’ve been singing and dancing since I was a kid. My dad likes to remind me of a time when I was a toddler and AC/DC was playing on the car and I was doing my own toddler version of head-banging! I’ve always loved music.

Who inspires you the most musically?

Lots of artists inspire me and they’re not from a single genre. I really like popular artists like Taylor Swift and Billie Eilish, as well as some less mainstream stuff like a Belgium pop star called Angele and Olivia O’Brien, and them some older artists like Meatloaf. Jonny Cash and Fleetwood Mac. Jonny Cash was a big part of my childhood, I listened to him a lot on car journeys. My favourite band at the moment is Palaye Royale. I like songs that tell stories, I find them really interesting and I love listening to concept albums, Pink Floyds ‘The Wall’ is incredible.

Tell us about your songwriting process

I don’t have a set process! It could start with a motif that I’ve written that I really like, or lyrics I really need to write down. It’s different everytime, for example, one of my songs ‘Old’ I wrote the lyrics first, whereas one of my newest songs, called ‘Help Me’ (not posted yet, so look out that that!) was completely the opposite, I started with the melody for the chorus and pre-chorus and then the rest just went from there. Just do whatever you want to do and whatever feels most comfortable. Sometimes I’ve even gone through work I’ve disregarded and found something that inspires me, then and I’ve worked on that to create a new song.

What is your favourite song?

I don’t have one! It totally depends on my mood. I create a playlist at the start of each month and then I fill it with new music and songs I want to listen to, I do it every month. My top five songs on July’s playlist are ‘Electric Love’ by Borns, ‘Broken Glass’ by Kim Petras and Kygo, ‘Nightmares’ by Palaye Royale, ‘We Lied to Each Other’ by Olivia O’Brien and a song called ‘Double Trouble’ from a film called [the] ‘Eurovision Song Contest: The Story of Fire Saga’, it’s a bit of fun and I really like it!

What’s the best gig you’ve been to?

I’ve seen Ed Sheeran twice, he’s an exceptional musician, using a live loop station, I don’t understand how he can do that! That is so complicated, and I’d admire him so much. I also really enjoyed seeing Tom Jones last summer in Colchester Castle park, he’s a legend. I want that energy when I’m his age… who am I kidding, I want his energy now!

Do you have any advice for our young students?

Don’t be a music snob, listen to as many genres of music as possible, even the ones that aren’t really cool at the moment, or the ones that aren’t technically brilliant. Random things can inspire you so listen to as much as possible. The raw energy of a song can touch you even if it’s unpolished. Do what you enjoy and enjoy what you do otherwise you won’t want to do it so you won’t do it. Do what you think is fun, music is supposed to be fun.

My last piece of advice would be, good luck!

You can download Jade North’s EP, Bit by Bit on all major streaming services, or on her YouTube channel 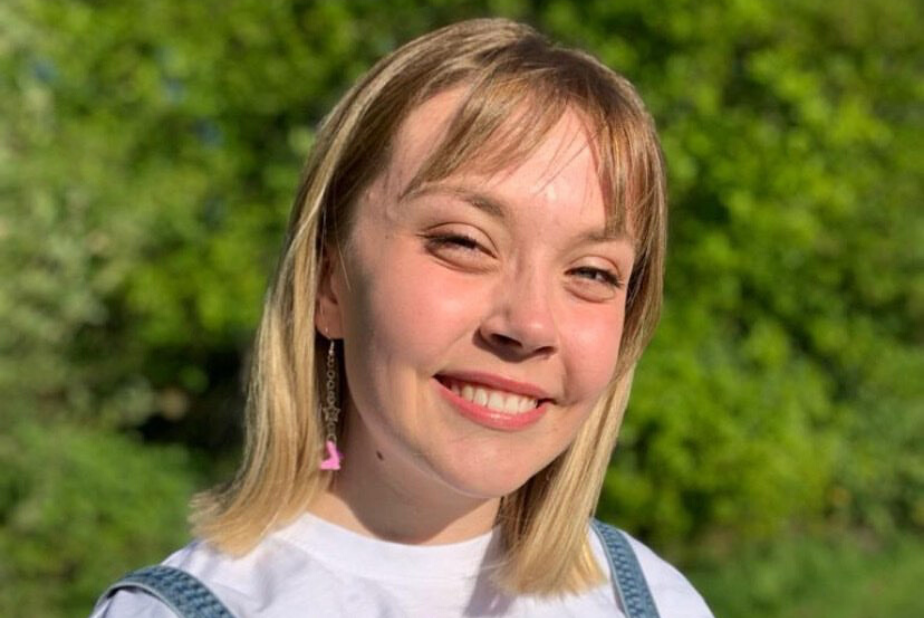